Do you Rank at Scale with Your SEO?

Get Our Latest Blog Posts Direct to your Email Inbox!

Competition Analysis in Search Engines.
So here in TDN Towers, we’ve  been busy bashing the keyboard creating a tool that may revolutionise the way you[...]
Is SEO with Domains a Game of Chess?
Is SEO a game of Chess with players outwitting the other until one makes a fatal mistake, leading to the[...]
TDN Expired Domain Search Video Demonstration
Yup, this video is long overdue but finally we have a demonstration video of the TDN system. Sit back, make[...]
W3Wisdom – Live Streaming Interviews and SEO Discussion
Many of you may have seen Jason interview some of the SEO marketing greats, and so we thought we'd share[...]
How to Assess your SEO Competition.
We assess competition in a phrase / market by assessing the normalised back link data and ignore the on page[...]
TDN Gold
As you know The Domain Name system contains every domain name in the world that ever had a website on[...]
12 Years a Domainer
12 Years a Slave SEO Domainer. A post by Jason Duke as he drank lots of tea posted live on[...]
Being an SEO in the mid teens of the 21st century isn’t easy
Being an SEO in the mid teens of the 21st century isn't easy. It has changed a lot in the[...]

The Domain Name was founded by 2 guys. Richard and me...

I'm a forty something year old guy from London but now living down in the beautiful South Downs of England. I've been called many things in my life, the most horrid of which came from my ex wife's lips, but most people call me Jason. You can see a little about me and my work history over at my profile on LinkedIn

As a summary though I've worked in search for many, many years (just over 20 years or so now) and delivered in the most competitive of markets internationally and won #1 rankings in all of them, for everything from [pants to wear on date night] to [poker], [online poker], [online casino] and all the various variations you can think of in almost every language spoken.

I've also consulted and assisted many of the largest companies in search, some of which started their names with G,Y and M (Now B).

Most of my time working in our industry was in legal, legitimate online gambling operations.

You may have heard of PartyPoker, Pokerstars, 888 and many of the other similar companies? I led their online marketing for many years and was responsible for many 10s of millions of Dollars of marketing spend.

You know those popup ads from online gambling companies you keep seeing at adult, download and other sites? Yeh, ermmm sorry about that!

There are many people who say they have done it all in search & online marketing, but there are very few that actually have. I'll let you decide which camp you think I fall into. Either way though I hope you've learnt some more about Richard and I, which is why this little page has been thrown up, after all :-D 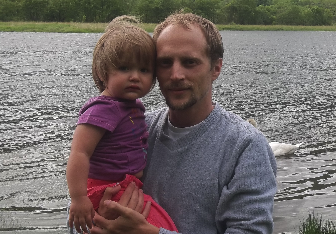 Richard Lees is the technical brains behind our organisation and a genius at using more programming languages than I could ever imagine. He splits his time between Canada and Scotland, and so clearly loves the chilly winters of the north.

Richard and I first met about a little over 10 years ago at a private SEO get together held at the famous George Hotel in Edinburgh.

It was one of those private, invite only, mastermind events held behind closed doors with some of the finest minds related to search engines in the world. We had industry colleagues and friends from all over the world attending to drink, work, drink, chat about algos, eat, oh and drink.We definitely drank that weekend. It was old friends coming together who all happened to share a common interest and passion: Search Engines....

Richard had been working with some of those amazing minds and continued to do so for many years, but I wasn't fortunate enough to have the opportunity to directly work with Richard until quite a few years later when I was honoured when he joined me and the rest of our team, in creating, what became the dominant online behavioural intelligence technology. It seemed the big financiers of the world agreed with us, our vision and also what we had made, as some of the biggest global Venture Capital funds invested in us.

Unfortunately we ended up in an arms race with browser manufacturers and unlike Google, our primary competitor, we weren't well enough funded to create a browser to take over as market leader. We'd failed and it hurt, but along the way we'd formed a strong working relationship and knew we would rise again with something new.

In about August 2012 Richard and I sat down over a Skype call and decided to work on our new project. A set of technologies, the aim of which was to be similar, but delivered in a completely different way, as our earlier failed project. The name encompasses our goals for that project, Artificial Intelligence to understand who the person is behind an email address... Not just a name, but a real understanding of the person and their personality.

You'll hear about it one day, not yet of course, but one day. For now though we found ourselves in a quandary. What can we do with all our data we have gathered over more than 10 years of being in the search engine game? Well..... our answer, is TDN.